With Olympic gold at London 2012 and silver at Rio 2016 to add to her silver medals from Sydney in 2000, Athens in 2004, and Beijing in 2008, as well as six World Championship titles in her collection, Katherine is Britain’s most decorated female Olympic athlete and the first British woman to win medals at five successive Olympic Games. Since 2015 she has been chancellor of Oxford Brookes University and is currently chair of UK Sport. 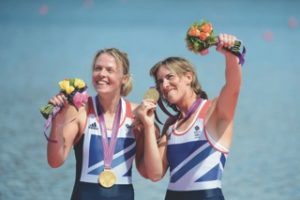 “HWR is unique. It’s a tremendous climax to your season – giving you the chance to be the best in class in that purest of tests, the match race. A win at HWR is like no other.”

Anna Watkins is a double Olympic medalist and two-time world champion in the women’s double scull. Anna won Olympic bronze with Elise Laverick in Beijing 2008 before teaming up with Katherine Grainger. This outstanding combination resulted in successive world championship gold medals and culminated with an unforgettable gold medal-winning performance at the London 2012 Olympics.

“I’m delighted to be able to support HWR as a brand ambassador. It’s a pretty awesome occasion when you have the very best rowers in Britain, outside the internationals, all together for one mighty event” 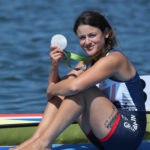 in Rio, guiding the senior women’s eight to their first ever Olympic medal. She also coxed the eight when they won gold at the 2016 European Rowing Championships and the Oxford eight at the 2012 Boat Race. Zoe has been part of the commentary team at Henley Women’s Regatta and presented prizes to the winning crews in 2018. 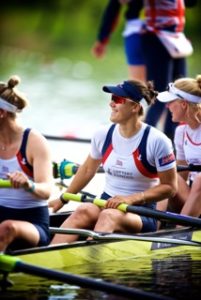 Jess is a role model to young rowers, having been part of the history-making women’s eight which picked up silver at the Rio 2016 Olympic Games (Team GB’s first ever medal in the event) as well as gold at the European Championships the same year.

Eddie first represented Team GB in the women’s quad at the World Junior Championships in 2001 aged 17, but moved to the women’s eight for good in 2007. She is a double world medallist at both under 23 and senior level.

Jess is currently rowing coach at Putney High School. She coached the J16 coxed fours to victory at last year’s HWR and saw recent success at the National Schools Regatta 2018 with the J18 girls taking gold in the coxed fours. Another win at Henley is firmly in her sights!